Early success in exceeding environmental targets set out at the Milk Roadmap’s launch in 2008 may lead to far more anaerobic digestion (AD) plants being constructed around the country than had been planned, according to Dairy UK. 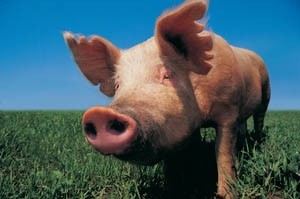 Vion: Raw materials are ‘not a tap to turn on or off at will’

A guaranteed supply of raw materials cannot be taken for granted as the population expands and the climate changes, the UK boss of meat processing giant Vion UK told delegates at the IGD Convention in London yesterday. 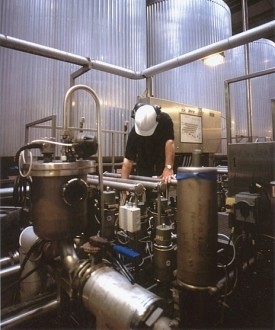 The coalition government's green credentials will be put to the test following its announcement of a waste strategy review. 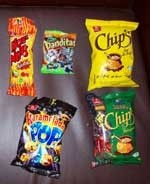 The recent Loughborough University report on oxodegradable plastics was supposed to draw a line under the long-running argument between the champions of different types of degradability.

Denmark’s leading supplier of anaerobic digestion (AD) technology will start commissioning a new AD plant in Scotland this year after striking a £13.5m deal with Scottish and Southern Energy (SSE).

Food firms look to biomass waste to power their CHP

BV Dairy looks to take a lead on anaerobic digestion

A dairy processor in the UK is installing an anaerobic digestion (AD) system to convert waste into energy as the government considers how best to encourage others to follow suit.

M&S supplier to be powered by food waste

Marks & Spencer ready meals supplier RF Brookes will be powered by energy produced from its own food waste next year following the installation of a £5m anaerobic digestion facility at its site in Rogerstone, Newport.

New food waste disposal unit to open in May

Waste disposal facilities for food processors continue to multiply, with an anaerobic digestion facility at Deerdykes in Cumbernauld, Scotland, due...

A mobile anaerobic digestion rig will be tested on a range of industrial effluents at a variety of food and drink manufacturing premises in Britain... 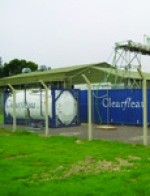 The UK’s largest £20M anaerobic digestion plant in Yorkshire is inviting regional manufacturers and retailers to help supply it in a major...

Opportunities to divert waste from landfill are increasing for food processors as anaerobic digestion facilities spring up in Yorkshire.Selby...

Three anaerobic digestion facilities are opening in Scotland next year providing food manufacturers with an alternative to landfill for their...

A lack of eco-friendly waste disposal sites remains a crucial sticking point for processors' environmental programmes, according to seafood processor...

New ingredients could be made from 'waste'

Schemes recycling food waste will only make commercial sense if manufacturers can utilise all of the waste stream to create a range of different food...

Cross-industry collaboration involving Arla Foods UK has presented solutions for disposing of waste effluent that include passing it to builders to...

Waste to energy projects: be prepared!

Processors considering waste-to-energy schemes must be prepared for long waits and substantially more investment than a year ago, according to one...

Researchers at Campden & Chorleywood Food Research Association (CCFRA) have installed a pilot plant that is capable of transforming hundreds of...

The Food and Drink Federation (FDF) is conducting an in-depth survey of processors, retailers and stakeholder groups to help crack down on major...

As an array of emerging technologies line up for the renewable energy bandwagon, how viable is waste-to-energy? Michelle Knott reports

Bone up on waste

For a sector that is under the cosh, new controls on handling waste are making life even more difficult for meat processors. Nicola Cottam reports 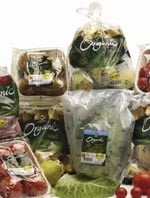 Asda packaging buyer Shane Monkman has spoken out against retailers, such as Morrison and Sainsbury, which use biodegradable packaging....

Bakery food waste - it's a gas

Recent legislative changes will dramatically restrict the use of landfill to dispose of organic matter and meat waste. This is forcing many food...

Waste not, want not as project gives manufacturers a head start

The Chilled Food Association (CFA) is conducting a major new piece of research designed to help manufacturers reduce biodegradable waste in the face...

Don’t get cut up about your waste problems

Vogelsang has introduced the in-line RotaCut, a system developed specifically to meet European Union (EU) regulations on the disposal of waste food...