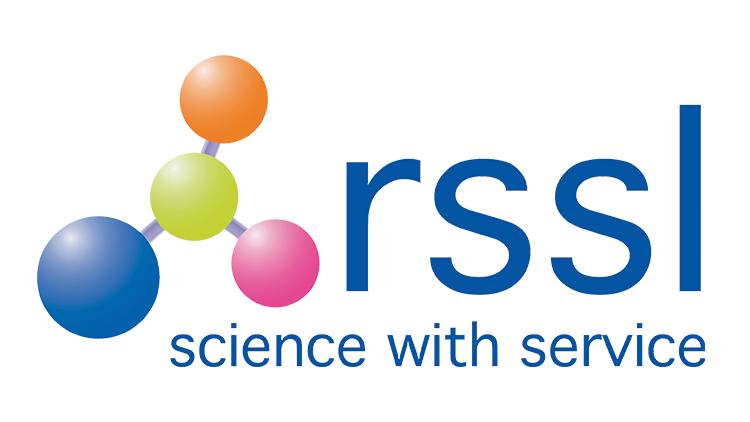 Growing focus on health and wellness, combined with increased concern for the environment have prompted a surge in consumer adoption of vegetarian, vegan and flexitarian diets in the past few years. Younger consumers, in particular, are investing in a more plant-based diet in a bid to preserve the planet’s resources and reduce global warming.

Given this huge growth in the market, it might come as a surprise to some that there is no legal definition of the term ‘vegan’, either at UK or EU level. Industry bodies, retailers and manufacturers are able to decide for themselves what the term means, and this has led to some variation across the industry, and in some cases, has sparked controversy.

The Vegan Society in the UK defines veganism as “a philosophy and way of living which seeks to exclude – as far as is possible and practicable – all forms of exploitation of, and cruelty to, animals for food, clothing or any other purpose”. The Society recognises that there are challenges associated with manufacturing foods and guaranteeing complete absence of animal-derived material, so they allow the use of precautionary labelling to communicate where there is a risk of unintentional presence of animal-derived allergens such as milk or egg.

The UK’s Food and Drink Federation (FDF) also recognises this challenge and has emphasised the importance of educating consumers that they should not rely on a vegan claim as being safe for them if they have allergies to milk, fish, crustaceans, molluscs and/or eggs.

On its website, the FDF states: “A food product labelled as ‘suitable for vegans’ may not be appropriate for certain allergic consumers due to unintentional cross-contact with allergenic ingredients of animal origin.” It continues to highlight that “there is a clear risk to allergic consumers who treat ‘vegan’ claims and allergen absence claims (eg milk-free) as equivalent and this has potential serious health implications. It is therefore important that allergic consumers do NOT automatically assume that products labelled as ‘vegan’ are suitable for them and are the same as those with an allergen absence claim (eg fish-free).”

With veganism currently in vogue and supermarkets ramping up their plant-based content on-shelf, it is understandable that food and drink manufacturers want to cater to this booming trend and offer a ‘vegan’ version of their product. This push to make the most of the opportunity, however, must be coupled with sound risk assessment and implementation of robust controls to ensure that the end-product meets the claim being made. This is of particular importance in facilities that handle animal-derived allergens such as milk and egg.

Making a mistake can be significant for a business, both in terms of the cost of a product recall, and the resulting reputational damage. However, the risk to an allergic consumer that arises as a result of insufficient controls being in place, or a mistake in the manufacturing process, is far greater. In recent years, in the UK, the allergen responsible for more product incidents than any other has been milk. It is a widely used commodity in manufacturing and requires careful management.

Robust controls required​
Contract research organisation Reading Scientific Services Ltd (RSSL) believes a robust system of risk assessment and validation of controls is needed if a company is to embark on the path towards offering ‘vegan’ products. “For manufacturers, there can be extra complexity if you want to make a vegan claim,” says Barbara Hirst, senior food safety and quality consultant at RSSL. “There is a clear food safety aspect and manufacturers don’t want to make claims they cannot substantiate. The challenge is about being clear about what that claim means.”

Hirst says that it’s easy to see why manufacturers would want to use the terms ‘vegan-friendly’ and ‘plant-based’ from a marketing perspective, but notes that the consumer doesn’t necessarily differentiate between these terms and the simpler term of ‘vegan’. “If you are choosing a vegan product as a lifestyle choice and egg is present unintentionally, you would clearly be very disappointed and aggrieved, but it’s a very different situation if you have chosen a vegan-labelled product because you are allergic to egg and you have assumed it is safe,” she points out. “EU regulations set out clearly that there is a list of 14 allergens that must be declared and emphasised in the ingredients list if present intentionally; however, precautionary labelling for unintentional presence (such as ‘may contain’) or claims such as vegan are voluntary. The regulation states that these voluntary claims, if used, must not be confusing or ambiguous for the consumer. It could be argued that a vegan claim on a product with a ‘may contain milk’ could be confusing; hence the challenge both for the manufacturer and the consumer.”

The lack of a legal definition of the term, and the different interpretations adopted by manufacturers and retailers, means that this remains a challenging area, both for the industry and for the consumer, she says. Manufacturers that wish to develop a vegan product – and label it as such – need to understand their own definition of what the term means, as well as ask the right questions of their suppliers and manage the risks in their own production so that they can substantiate any ‘vegan’ claim on packaging. For example, does it mean the complete absence of animal-derived elements in a product or are they allowing for trace carry-over of animal-derived material, in which case the use of ‘may contain’ labelling might be appropriate.

The Covid-19 pandemic has presented further challenges to the food industry. “Because of Covid-19 and particularly during the first lockdown, the simple aim for retailers was to get enough food out to consumers. They reduced their focus on new product development,” says Hirst. “However, in recent months, there has been a return to something closer to normal, and we have seen new product launches picking up again.”

In addition, manufacturers have been less able to visit their suppliers to conduct physical audits, which again has brought challenges. “The supply chain may have been compromised because the movement of goods across borders may have been restricted and, for some manufacturers, this has resulted in a change from their normal suppliers to agents and brokers. This can reduce the visibility for traceability of materials,” says Hirst.

Many factors need to be considered when embarking on the journey of producing a new vegan product. If the facility already handles animal-derived ingredients, then the risk of cross-contamination must be assessed. Controls must also be implemented to prevent the misuse of ingredients and minimise the risk of cross-packing incidents. If non-dedicated production lines are going to be used, the cleaning procedure should be validated to demonstrate it is effective at removing the risk of animal-derived ingredient carry-over. Manufacturers also need to consider training of staff. “The food safety culture in a company has to be strong,” adds Hirst. “The workforce needs to understand the risk of getting it wrong and their training must be appropriate to ensure any risk is minimised.”

Another difficulty facing manufacturers can be to know what to test for and when. While RSSL can help manufacturers with their risk assessments and with testing for non-vegan materials, “it is unfortunately not possible to test for everything that is not acceptable to use with a vegan claim”, explains Christina Holt, senior scientist at the company’s DNA and Protein Laboratory. “We can test for milk and egg, and for the presence of DNA from different animals, but some e-numbers or animal fats are not easy to test for, so there are lots of questions that need to be asked – you cannot use one test to verify whether something is vegan or not.”

Hirst notes that knowing what to test for can be a challenge. “It’s important for manufacturers to ask the right questions of their suppliers and fully understand the answers. Then, you can have an informed conversation with a lab to understand what testing might be appropriate.”

Food and drink manufacturers have a high degree of focus on food safety and quality, she adds, and the challenges of making vegan products in non-dedicated facilities means there can be a tendency to do too much testing or the wrong kind of testing, she says. It’s so important for a manufacturer to understand what they mean by ‘vegan’ as they need to be able to substantiate it.

“Seek advice early on before spending too much money,” advises Holt. “It can be quite easy to think the risk is bigger than it is, but it doesn’t have to be that way if you do a really good risk assessment and validate the controls well.”

As well as laboratory facilities to test for the presence of animal-derived elements in a product, and a team of consultants able to advise on risk assessment and management of controls, RSSL has a whole department dedicated to NPD, which can help manufacturers to develop a vegan offering. The company can assist manufacturers in designing vegan goods, as well as helping them to establish robust risk assessment in their particular environment, staff training and how to validate controls. The organisation can also conduct independent site assessments against industry best practice and advise a company on where potential pitfalls could occur.

For more on vegan food product manufacturing considerations and how RSSL can help you develop and substantiate your vegan products successfully, please see the video below: