Paid for by TraceGains Inc 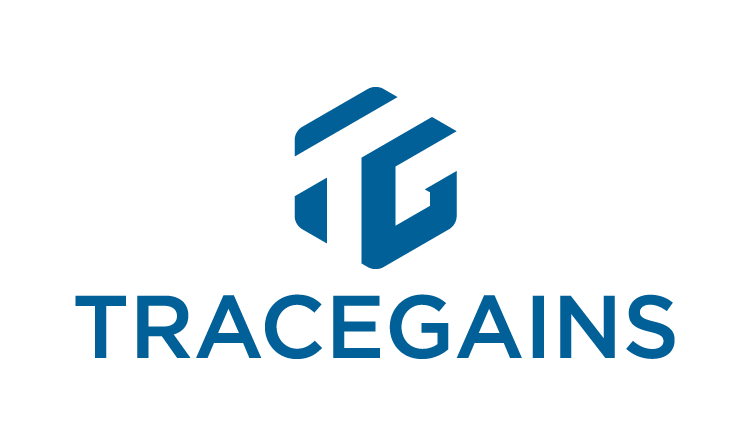 The food and drink industry boasts one of the most complex supply chains in the world, leaving a vast amount of raw data in its wake. US automation specialist TraceGains has devised a network that eases the load with rapidly growing demand prompting its arrival in the United Kingdom.​

In June 2020, a report​ by York Management School and the University of York noted that insufficient capacity in domestic food production, just-in-time supply chains, and Brexit-related labour market challenges had weakened the United Kingdom’s food system, leaving it vulnerable to disruptions.

The sheer complexity of contemporary supply chains makes them difficult to regulate and manage in a market that imports almost half of its food and 84% of its fresh fruit, noted the report, adding that Covid-19 had exposed additional vulnerabilities in the UK food system.

Indeed, food and drink supply chains around the world remain some of the most complex, with a huge interdependence between hundreds of thousands of organisations. As a global industry, the food and drink supply chain structure is rarely linear, since manufacturers can source ingredients and food items from anywhere in the world. While, on the one hand, this provides brands with an array of options when it comes to sourcing, it also can prove a logistical and red tape nightmare since there are so many strands to consider – from sourcing to quality control to safety and compliance, to name just a few.

The resulting massive amount of data manufacturers must handle can seem like a huge mountain to climb, as traditional manual document management processes no longer cut the mustard in an increasingly competitive and fast-moving industry, while the growing number of single-use digital supplier platforms compound the issue of duplication and increase the burden on the already-strained supply chain network.

What’s more, different countries enforce individual safety needs and employ dissimilar regulatory agencies, so it’s not just a question of one size fits all. So far, it appeared that no one had presented a single solution to organising and networking the vast and diverse global food and drink supply chain to the benefit of everyone who’s a part of it… until now.

US technology company TraceGains, following consultation with its Global Customer Advisory Group and their suppliers, set out to understand what type of technology it could develop to make its food and drink customers’ lives easier. Unanimously, they insisted there was simply too much duplication in the industry, with everyone asking for the same information in multiple formats, effectively drowning technical and quality teams in redundant admin work.

As a result, TraceGains Network was born. Since its inception – and after thousands of development hours and millions of investment dollars – the company says it’s helped to transform the U.S. food industry, working with over 2,000 customer sites in grocery retail, food manufacturing, and dietary supplements, as well as 40 of the top 100 food businesses.

Its ecosystem now encompasses almost 50,000 supplier locations, including thousands of co-manufacturers and packaging suppliers in more than 130 countries and supply data on more than 400,000 items and ingredients. It also features more than three million digital assets including SAQs, spec sheets, certification, and audit reports. And TraceGains says the numbers are nearly doubling every two years.

As CEO Gary Nowacki explains: “The company decided to turn the whole complex effort of digitising the industry on its head and borrow a playbook from the giants of social media, such as Facebook, to create just one simple connection for suppliers, eliminating vast amounts of duplication, streamlining, and networking the whole process.

“We typically find that when a customer joins TraceGains Network, they find that around 80% of their suppliers are already there, sharing thousands of critical compliance documents. So, they plug into the network and turbo-charge their compliance process.”

Well-established in the US and listening to customer demand, TraceGains expanded into Europe last August and, this year, is creating a centre of excellence in the UK, he reveals.

“We have a fantastic supplier footprint in Europe, where 25% to 60% of the businesses we speak to are already on TraceGains Network,” Nowacki adds. “So, it won’t be long before we see food companies with over 70% to 80% of their suppliers already on there.”

The company’s PostOnce™ system allows suppliers to create information once, using standardised documents, and share them with multiple customers, joining a network where information flows and the customer can already see the information they need, Nowacki says. The network establishes one set of documents to keep updated and, in effect, provides an ecosystem of regulatory data where customers can plug into compliance dashboards, risk assessments, and product development platforms

“With PostOnce™, all the data a customer needs is at their fingertips,” he says. “For example, if a manufacturing business has a sustainability claim, such as on palm oil, 90% of that claim lives with its suppliers.”

So, if the suppliers are registered on TraceGains Network, the manufacturer can substantiate that claim rapidly and easily.

However, the Network isn’t just about compliance, auditing, and safety – important though these processes are. It can play a vital role in automating routine, redundant product development and quality processes, and in digitising recipe iteration and supply chain documentation.

As the company points out on its website, most businesses languish with islands of product information, spanning divisions, departments, and static tools. And it reveals that a McKinsey study found 75% of new consumer packaged goods (CPG) products fail within the first four years. The company’s founders considered this failure rate too high, while new product development and reformulation were also happening too slowly in an increasingly rapid world.

In terms of NPD, any data and organic claims also reside largely with a manufacturer’s suppliers, details of which can also be traced through the system, Nowacki points out. Meanwhile, in a world where there’s often huge supply chain disruption, due to political or unforeseen global events such as COVID-19, TraceGains Network allows users to source new suppliers via its Market Hub and refine that search in considerable detail.

Traditional sourcing of ingredients for NPD has been conducted via trade shows, Google, directories, and Rolodex, for example, all of which is hugely time-consuming, he says.

“In our Market Hub, a manufacturer can go in and source as many ingredients as they need and refine that source,” he says. “For example, say a company was hunting for a garlic supplier, they could input that information and the system would come up with thousands of options, but then the manufacturer can refine that search, asking for organic, dehydrated, within 1,000 kilometres of London and suddenly your search is reduced to, say, 10. That process alone can shave a month off your development process.

“Then, with new ingredients suppliers, a manufacturer might need to vet them for quality and conduct a food safety audit – which can be done via TraceGains Network – that can shave another month off.”

And that’s just the start of how the TraceGains system can help, he adds, “Creating a formula for a new product or reformulating a product could result in a manufacturer having to go through literally 100 iterations, including processes such as taste testing, cost, and manufacturing complexity. Once the formula is created, a business can run it through the TraceGains system, which might then point out that it can be manufactured successfully, but for example, it doesn’t comply with upcoming high-fat, sugar, and salt (HFSS) legislation.”

In fact, with that legislation rapidly approaching in the United Kingdom, manufacturers can use TraceGains Network for much quicker reformulation, helping them comply with HFSS requirements.

More than 500 supplier locations, covering some 2,000 products in the UK are already on TraceGains Network and, in effect, the company was pulled into the market by that growing demand, Nowacki says.

“We hope to have five full-time dedicated people in the United Kingdom by the end of the year, with local expertise to help customers go live and give them support. These staff can then also liaise back to our product development group for any UK-specific functionality,” he notes.

“It’s not just about having local people, but about evolving the service to suit them,” explains Nowacki.

In a world where the food and drink supply chain is only going to become more complex as restrictions tighten, consumer preferences evolve and supply chains are disrupted, there are more criteria and compliance agreements to track than ever before. TraceGains says the companies on its Network simply achieve, faster, smarter, and compliant innovation.